ASTONIFY Back At the Old Jail 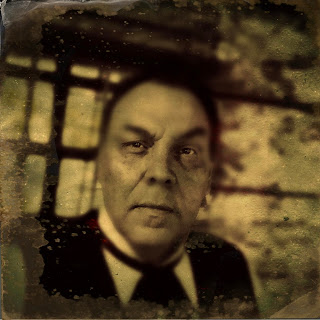 I was quite proud to bring version of my Astonify Show back to The Old Jail in Warrenton, VA. The shows are presented within the cells and it is all out good fun. We only have room for a few people, tonight it was 19 people and I'm not sure they could have squeezed in one more person.

I added some new material in this show. One of my favorite new routines involves a story about John Wilkes Booth the assassin of President Abraham Lincoln. I would say, as much as I like it, I feel it is more a 'work in progress'.

The clear favorite of the night was Spiritus, a routine I created and scripted and based on a wonderful Woody Aragon routine. Also new this night was The Coins in Glass routine. Now, I must admit, I think my blocking on this was such that it might not have been visible to everyone. So that will need some adjustment.  But overall the audience was very into the show. They were a lively crowd which was fun.

OH, and I was finally able to do the Rope Tie in conjunction with the Harry Cooke Story, without fear of health issues later. For those who don't know, I've been on blood thinning medication for a while, but was finally taken off of it recently. So I decided to bring my escapes BACK into the show. And the two gentlemen who tied me tonight, OMG, did they ever do a GREAT JOB. I think it was the tightest wrap and tie that anyone has ever done. Of course, I escaped in about 10 seconds without untying the knots. And that is the point of it. It felt sooooo good to do that routine and my wrists are still red from the timing, but I love it!

All in all, it was a fun crowd tonight and I believe they thoroughly enjoyed the show. Thanks again to The Fauquier History Museum for bringing me back for a second time!