Have Some Steampunk With Your Coke

This is a surprising and fun video for Coke-A-Cola. Perhaps this will help more people to 'get' steampunk. Though I still find a lot of people who have never heard of it. Hmmm, what's it like living under a rock, lol. 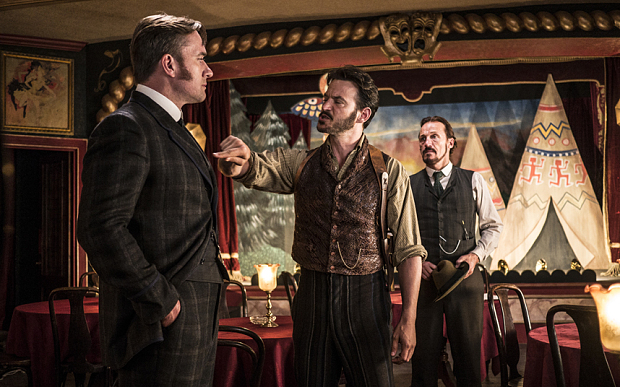 Season 3 of Ripper Street is over having aired all their episodes. The one thing I dislike about the show is that they only have 8 episodes, however I love everything else about the show. Let me tell you, these were jam packed episodes with great story lines. The ending clearly appears that the producers and writers of the show thought it was going to be their finale, meaning, last episode ever. There is a definite 'this is the end' to the show after episode 8. But as I mentioned in a previous article, they've been renewed for a Season 4 and 5.

What will be in store for the next seasons? I do not want to give away any details of what transpired during Season 3 in case you've not seen it. Though, I will throw out that one character from the show dies, but I won't say who.  I did some research on the real Edmund Reid from Whitechapel and I found some interesting facts about him. One thing I will say, the real Reid and the television Reid, are not quite the same. The writers have fictionalized his family history from that of the real Reid. The historical record says the real Edmund Reid is transferred to L Division in 1895 and in 1896 retires from the police force due to ill health. In late 1896 he becomes a private detective.

A side note of interest, I read that Reid became an accomplished actor and singer and was adept at sleight of hand. But I don't know if these skills were kept as a hobby or if he attempted to try out for the stage like the character Rose from the Ripper Street show. What they do with Reid, Drake, Homer Jackson and Long Susan is anyone's guess. I just hope they don't make us wait too long for Season 4. I'll leave you with a great quote....one that is surprisingly relevant today.

"Evil men do as they please. Men who would be good must do as they are allowed" Inspector Reid-Ripper Street

Posted by Carnegie at 3:04 PM No comments: 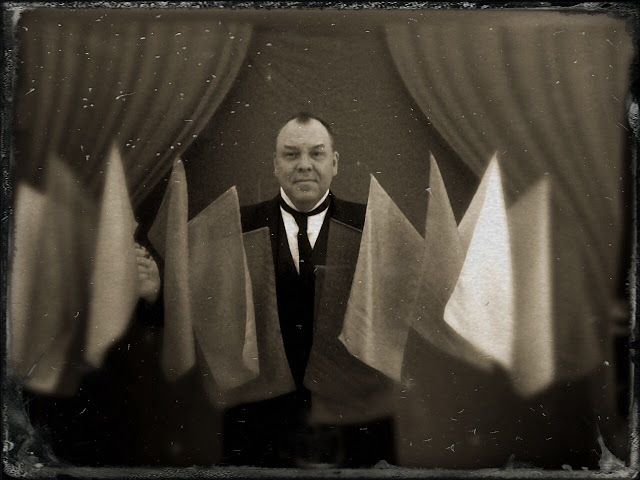 I'm currently attempting to recreate a routine that was made famous by a number of Victorian Era magicians. The routine has been known by many different names, but the most common was The Flags of All Nations. Interestingly, the routine had as many variations as it had names.

First created by the Viennese magician Johann Hofzinser, he called his creation The Patriot. The basic effect is that a number of small flags transform into larger flags and eventually into one or more fans of flags and then a giant flag and flagpole appear.

This was one of the hottest effects of it's time having been performed by all the top pros of the late 1880s and early 20th Century. So popular was this trick that it appeared on many stock magic posters. A stock poster was one that had the image of a magician but no name on it. A magician then could add his name to the poster and have his own advertising piece without going through the hassle and expense of the bigger named performers who had to have their posters custom made.

My version of The Flags of All Nations is still in development, but above you can see two handkerchief fans. In real life they are multicolored scarves, not flags. But they'll do just fine fitting into the overall routine. I located a number of miniature flags of various nations and also some flags that are almost the size of my silk fans. I only need a few more pieces and I think I'll have all the items I need to recreate this mystery from the past.

If you're wondering why this was such a popular routine well there are multiple reasons. People were flocking to the United States in droves during the late 19th Century and early 20th Century. They came here to become Americans, but had their roots in other lands. So when a magician produced a flag from the country of their origin it was exciting for them to see. And then when it concluded with the Stars and Stripes, well who would not be proud of that? The wonderful thing about the routine was it was easily adapted to whatever country you were in. For example, if you were in England, the final flag would not be the US Flag but the Union Jack. All the other components of the routine could remain the same but the final flag production would change to the country you were in.

Some performers had to learn the hard way about this. One magician was performing in Canada and finished with the US Flag. It actually got boos from the audience because at the time Canada and the US were involved in a trade dispute. So this magician changed the final flag to that of the Canadian National Flag and had much better results.

Below is an image of a magician who included among his routines the Flag trick. 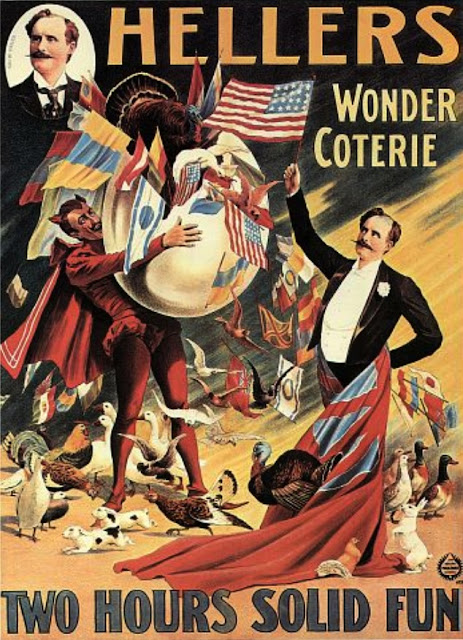