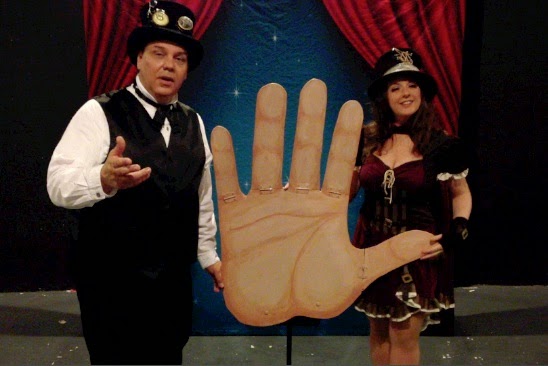 As the summer progresses, we are gradually converting more and more material to fit in the Steampunk Illusionist Show. Some routines need no alterations, like the routine seen above, which is an interactive piece with the entire audience. Other things like our Broken Glass Illusion, needed just a slight bit of alteration.

With the Broken Glass Illusion, we added a 'steam' effect to the routine and also changed the outer look of the prop, slightly. The steam billowing out from the box was even more amazing than I expected. I will need to run a better system of pipes within the prop in order to distribute the steam better. I like the single corner pipe but I'd like to move it to the center (a suggestion of my assistant Denise) and also better fill in the inside of the box as well. Below is a photo of the steam control panel which we opted to put on the side of the box rather than putting it upon the face. (see below)

The effect is similar to the Blade Box but with very large shards of broken glass taking the place of the old metal blades. We've done the routine for many years with the regular blades but then in 2005, added the broken glass. Using the glass instead of blades changed the routine from a kind of standard magic illusion into a very intense and dramatic routine. Some might actually say 'too intense', lol. The steam addition will probably take that level on intensity down a notch, but at the same time increase the overall production values in the routine. Anyway you slice it (pun intended), it's a strong piece of illusion magic. 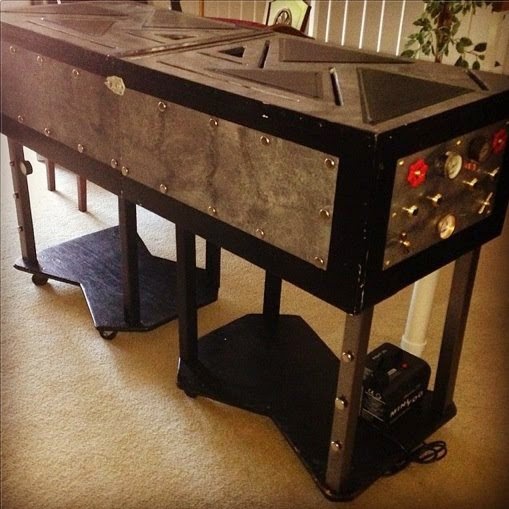